Hoplites » blog en » Sampling in clothing production: which are the first essential steps? 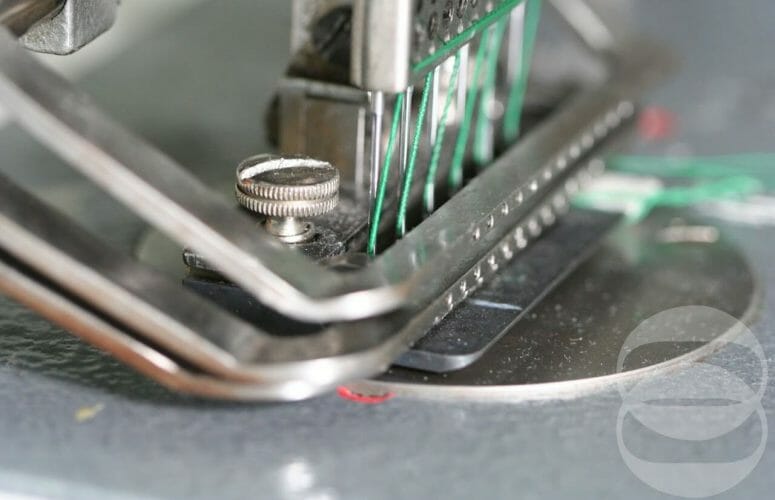 The sampling is one of the reference terms of clothing. Specifically, it represents the initial phase of production, i.e. the one that sees Hoplites S.r.l. giving shape to the client’s stylistic project, first interfacing with the pattern maker, with which analyzes and interprets the sketches received by the customer, in order to create a template as much as possible corresponding with the expectations of the client. The resulting template will be used by prototypers for the realization of the prototype itself, the first three-dimensional concretization of the designer’s ideas.

It is at that moment that they are taken, in agreement with the client, decisions regarding fabrics and accessories to be used to make a certain style.

For the realization of the prototype, are used fabrics and accessories with performance very similar to the materials that will be used for the definitive sample. This to avoid an initial too demanding expense, for the client, for the purchase of material that will be used only when the client’s himself approval is obtained on all the characteristics of the prototype.

The sense of the prototype consists in the possibility of evaluating the wearability, finishes and volumes of the garment: the analysis of the prototype takes the name of “Rectification” during which any aesthetic or structural changes of the template taken in analysis are decided. It is a fundamental moment in which all the long and profound experience of Hoplites S.r.l. is highlighted, in suggesting to the customer all possible interventions aimed at further improving the performance of the garment, in order to make it more desirable by the purchaser who must be very satisfied in wearing it, in such a way as to be continuing to prefer that specific brand: you need to have excellent skills in knowing how to balance perfectly, blending them in a harmonious set, the aesthetic aspect to that of comfort, and this sets the boundary between good mid-level manufacturers and those who instead elevate this activity at the state level of art.

Without false modesty, we consider ourselves in the latter very restricted and selected group: this is why we receive requests for collaboration by brands placed in the various continents of the globe, each with its own specific needs at the level of wearability and materials, due both to different climatic situations and to cultural and anthropological differences. Our experience has matured over the years also thanks to these extreme technical challenges that, for us, have always been and are still a source of great enthusiasm.

From the prototype, after developing all the details, we move on to the realization of the final sample, which is the garment that, together with the whole collection, will be shown to the buyers or on catwalks of the trade shows of the various fashion weeks. Of course, in the realization of the final sample will be used the definitive materials, which will then be fundamental in the subsequent serial production. A collection is composed of all the definitive samples made for a specific stylistic project of a given brand. On average two collections are set up per year: Spring / Summer collection and Autumn / Winter collection.

To actually turn the ideas of a Collection born in the mind of the designer, into three-dimensional objects which faithfully reflect those ideas, they are requested not only experience in matters, and patience, but also great interpretative sensitivity skill. The attention to detail, absolute precision of sewing and, not least, a significant empathic capacity to tune in with the client’s stylistic expectations and intuitions.

Here is why it is advisable for each brand which aims to grow in the best way, to choose its reference production group with great accuracy: a perfect sampling acquires a crucial importance to ensure an excellent impact with all the buyers to which it will be presented, ensuring from a probabilistic point of view a better sale.

Furthermore, from Sampling outcome, the designer can assess the manufacturer’s real skills with certainty, especially in case it is a first
collaboration; And thanks to this he will be able to face the phase of serial production after having already had the opportunity to check essential factors such as quality, timing and reliability of the production group to which he will have decided to rely. This means being able to collaborate with serenity and mutual trust, and this is a fundamental aspect for us at Hoplites S.r.l.
Among the Companies that carry out the sampling service, Hoplites S.r.l. stands out: 100% made in Italy production Company founded in 2009, able to ensure all the certainties mentioned above.

What is the difference between SAMPLING and PROTOTYPING?

Another term that may be encountered by speaking about fashion, and about clothing production specifically, is “Prototyping”. There is a significant difference between Sampling and Prototyping which, however, may appear very subtle to those who have no experience in the clothing specific field.

The Prototyping consists in the realization of the first manufactured garment of each style belonging to a new collection, obtained based on the sketch (provided by the client itself) and on the template created, taking into account, as well as the sketch, also of the indications obtained from the technical data and the preferences expressed by the client. Testing, modifications and improvements will then be carried out on the prototype, up to the final sample.

The Sampling, on the other hand, consists in the realization of the definitive sample, which constitutes the point of arrival, whose both the fabrics and the definitive accessories will also be used in the subsequent serial production; In fact, it will be the reference to follow in serial production. Usually, it is a single piece by style, or also more repetitions by model based on customer requests, and they will be the constituent elements of the collection, to be exhibited to buyers.

Do you want more information about the services we can offer to help you create your clothing line? Send us your request, we’ll answer you as soon as possible.