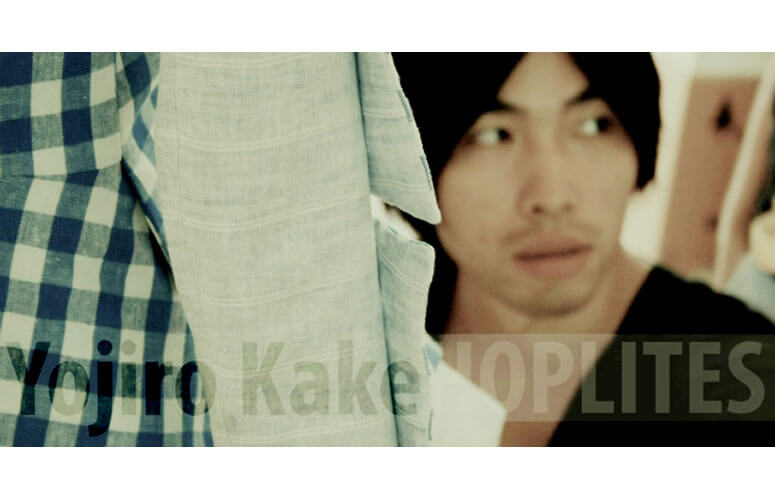 Yojiro Kake was born in Hyogo Japan in February 1983. After finishing high school he went onto study at the Ueda Yasuko school of Fashion in Osaka Japan.
For 3 years he pursued the technical skills required in womenswear and menswear techniques. After graduating he worked within a private company as patternmaker and designer. While he still cherished his work he understood that in this area of manufacturing, the only objective was at making a profit.
He soon realized a need to return to study fashion outside of Japan in order to rediscover and establish his own ideas, beliefs and creativity. He left the company and made the life changing decision to study at Polimoda International Institute of Fashion Design & Marketing in Florence Italy, where he is now based.
Kake is a Japanese fashion designer based in Florence, Italy. Graduating in Fashion Design at Polimoda International Institute of Fashion Design & Marketing, during his studies Yojiro participated in the workshop “Vestirsi da Uomo” by Marc Ascoli hosted at the prestigious Villa Favard, Florence.
His first exhibition at the event ‘Polimodatalent’ formed part of Milan fashion week, at the MAURO GRIFONI flagship store in Milan, Italy September 2012. His own line “Yojiro Kake” was launched soon after. Installations include “Micromusic & MacroMonster” by Felice Limosani at the Luisa Via Roma Store, Florence Italy, January 2013 and recent presentation, an installation of his work at the RA Corderie Paris in March 2013.
Brand Philosophy
The act of wearing different items demonstrates true diversity that exists in every human being. The world must understand these differences, they should be accepted. Designer YOJIRO KAKE transmits the idea that dress can become the one main form of identification. Therefore, something required, needed, something that shares and demostrates our sensations. A different mode of expression other than spoken language exists in a fashion. A language of thought through dress. Idealism, reality, a lie or truth, a feeling or the absence of emotion, etc., as well as race, country, culture, and history are both illogical and conflicting moments. For example, to wish for or desire something produces in us the emotions required in order to go forward each day, emotions to achieve these desires. A desire or a wish cannot be accomplished through truth alone. Because, the truth is real, it is now and it already exists.
Yojiro believes that fashion expressed only through reality and truth, has no meaning. A wish can change into a lie. A lie can grow into desire, desire can evolve with truth. By fully understanding the position of truth and the acts which change a lie into desire are all expressed through Yojiro Kake’s style and motivation. The original energy which moves and shakes up people’s heart is produced from illogical and conflicting moments, a lie, a desire, culture etc. Yojiro Kake wants to share dress feeling – A language of thought through dress.
About new collection SS2014
This new collection is inspired by the Ang Lee film Life of Pi, and features elements of the the Indian costumes and nautical uniforms within. Central to the collection are the triangle of a sail, a straight line and free draping feminine flower-prints.

Yojiro Kake and the fitting

Do you want more information about the services we can offer to help you create your clothing line? Send us your request, we’ll answer you as soon as possible.